The new Jack Nightingale supernatural detective novel is now up and running on the Kindle and through Smashwords. It's called San Francisco Night and I think it's the best yet! 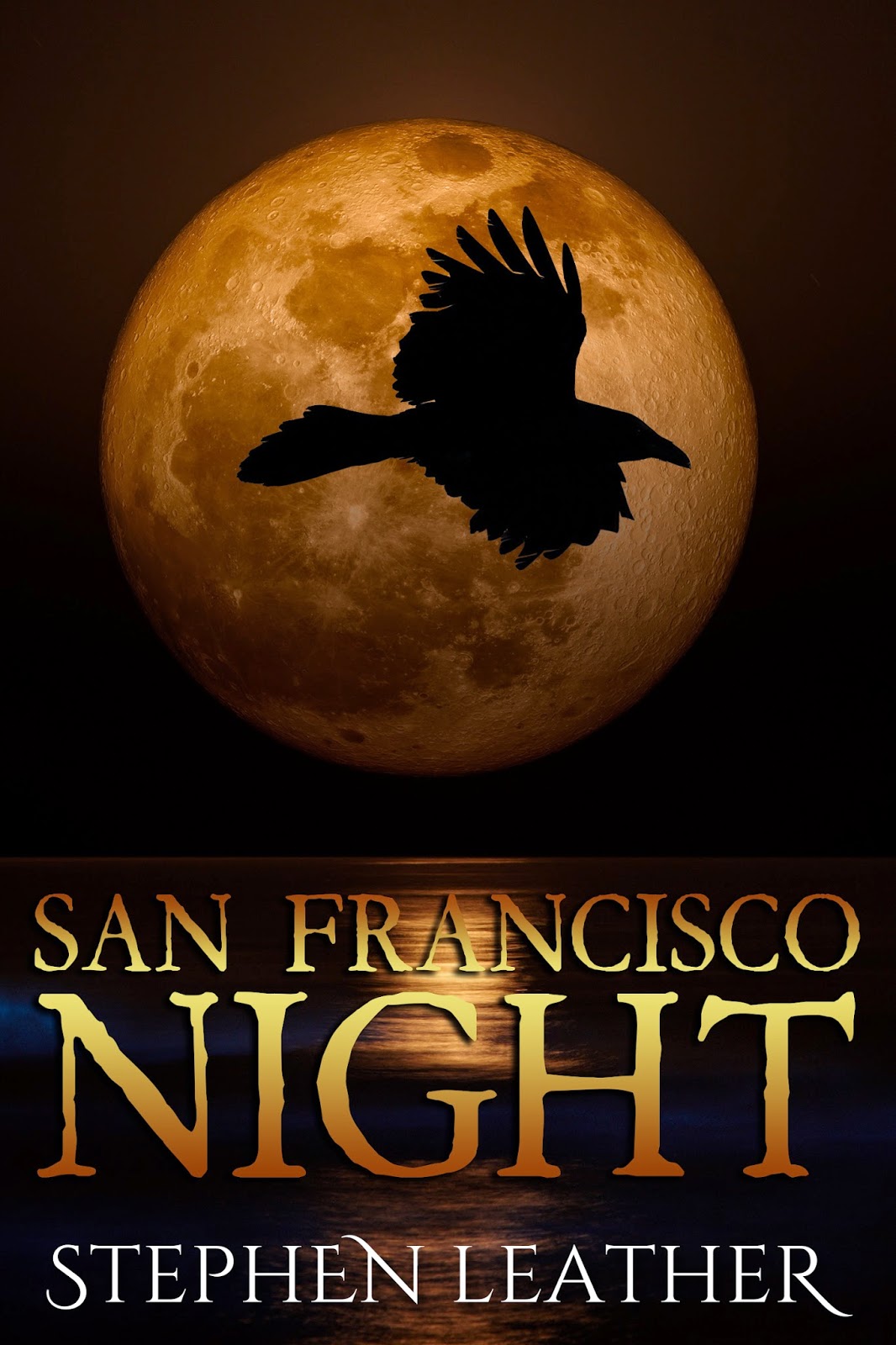 Here's the synopsis, or the blurb as they call it in the trade! Jack Nightingale fights his battles in the shadows – in the grey areas where the real world meets the supernatural. But when he arrives in San Francisco to take on a group of Satanists bent on opening a doorway to Hell, the danger is out in the open and all too real. The Apostles – a Satanic coven using murder and torture to pave the way for a demon to enter the real world – realise that Nightingale is on their tail. And unleash their own brand of monsters to take him down. With Nightingale’s life – and his very soul – on the line, he has only days to stop The Apostles from bringing death and destruction to the entire world.

I had hoped to have the paperback of San Francisco Night available before Christmas but the mother of the lady who is doing the formatting fell and broke her ribs and she has to take care of her so it isn't going to happen. I know some people don't have eReaders and others really do prefer the feel of a hardback and a paperback, but it looks now as if it won't be ready until the new year. I'm selling the eBook for just £2.99 in the run up to Christmas. It'll go up to its regular price on Boxing Day.

Why am I self-publishing it? Basically my publisher - Hodder and Stoughton - didn't want to continue the series but I did. They already have a five-book deal with me for other books (including the Spider Shepherd series) and didn't really want any more. My agent wasn't enthusiastic about taking it to another publisher so self-publishing seemed like a no-brainer. It's not as if I don't know what I'm doing, I've already sold well over a million eBooks!

Anyway, after just one day San Francisco Night became the best-selling Occult Horror novel on the Kindle in the UK, which was reassuring!

Will there be more Jack Nightingale novels? I'm honestly not sure.  We'll see how this one sells. The character will continue, of that I'm sure.  I am planning a run of Jack Nightingale short stories. I have already published Curse, Still Bleeding, Tracks and My Name Is Lydia.  I do love the character and Jack has reached the stage where he has a life of his own, pretty much, so I don't see that he will let me stop writing about him!

Anyway, have a great Christmas - you can buy San Francisco Night on the Kindle BY CLICKING HERE
Posted by Stephen Leather at 7:29 PM

Is the physical book out yet? I'm not an ereader kind of person. But I love the Jack Nightingale series so I really want to get this! - a fan from Singapore

Indeed it is! It's available through Amazon. Or Createspace.