I've just self-published the new Spider Shepherd short story. It's called Narrow Escape and is set at the time Spider was on SAS Selection - in particular on the Escape and Evasion part of the course. It's generally regarded as the toughest part of the SAS Selection process, but as Spider progresses through it he realises that all is not as it should be, and that his life is truly on the line. 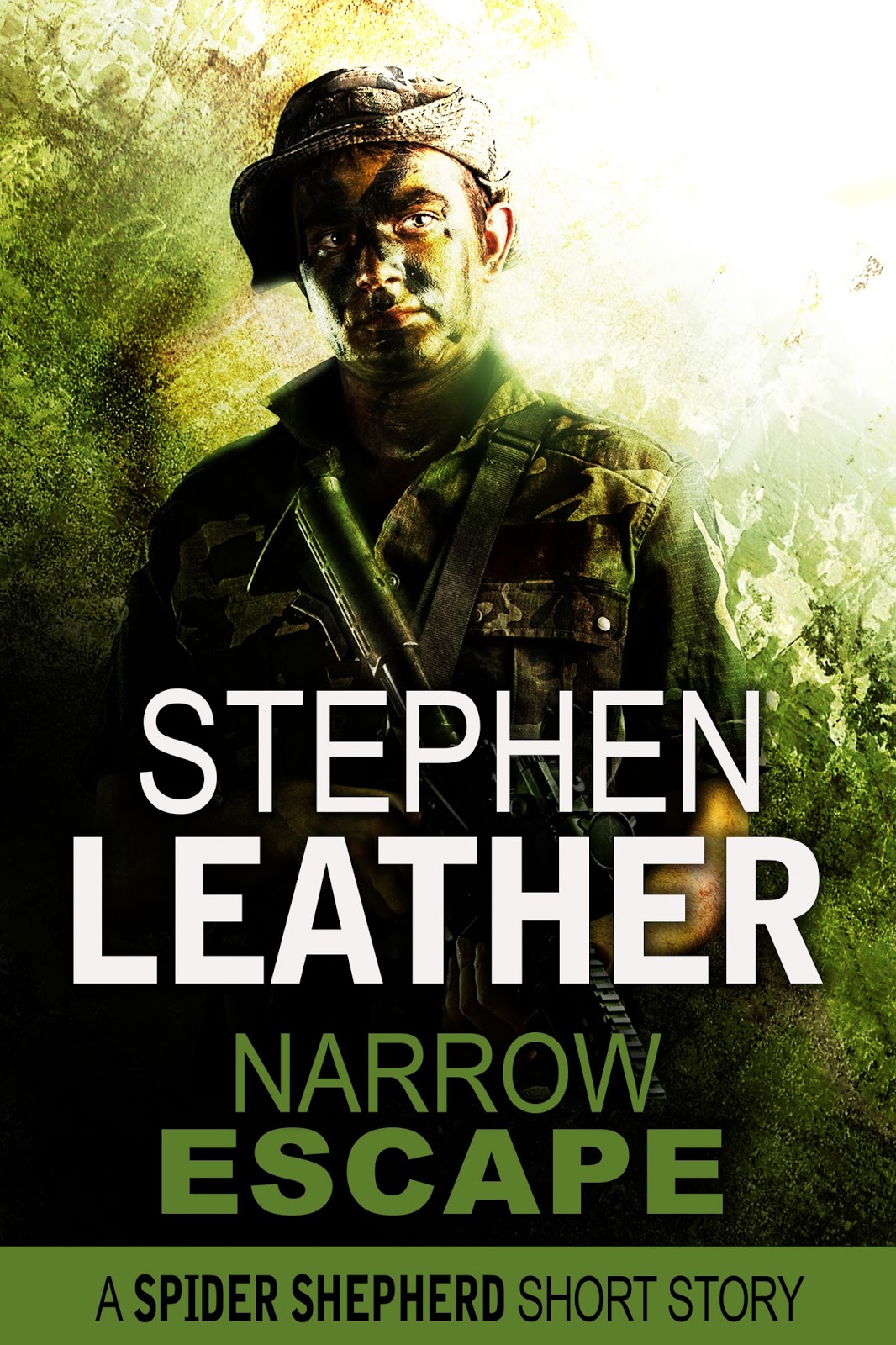 You can buy Narrow Escape BY CLICKING HERE

I have another Spider Shepherd short story planned - I shall keep you posted! It will be the ninth at which point I hope to publish them in a paperback. The series of short stories take Spider from his time on SAS selection, through missions in Sierra Leone and Afghanistan, and end with the episode where he got shot.  I had great fun writing them and will probably do more in the future!  Spider was in Sarajevo before he joined the SAS and I think there is a good story to be told about his time in the former Yugoslavia. We'll see!
Posted by Stephen Leather at 10:56 PM