Thanks To The Saint!

The 32nd Saint book will be re-published later this month by Mulholland Books - Thanks To The Saint. It's a collection of Saint short stories written by the great Leslie Charteris and edited by Ian Dickerson - and has an introduction by my good self! You can pre-order the paperback  BY CLICKING HERE 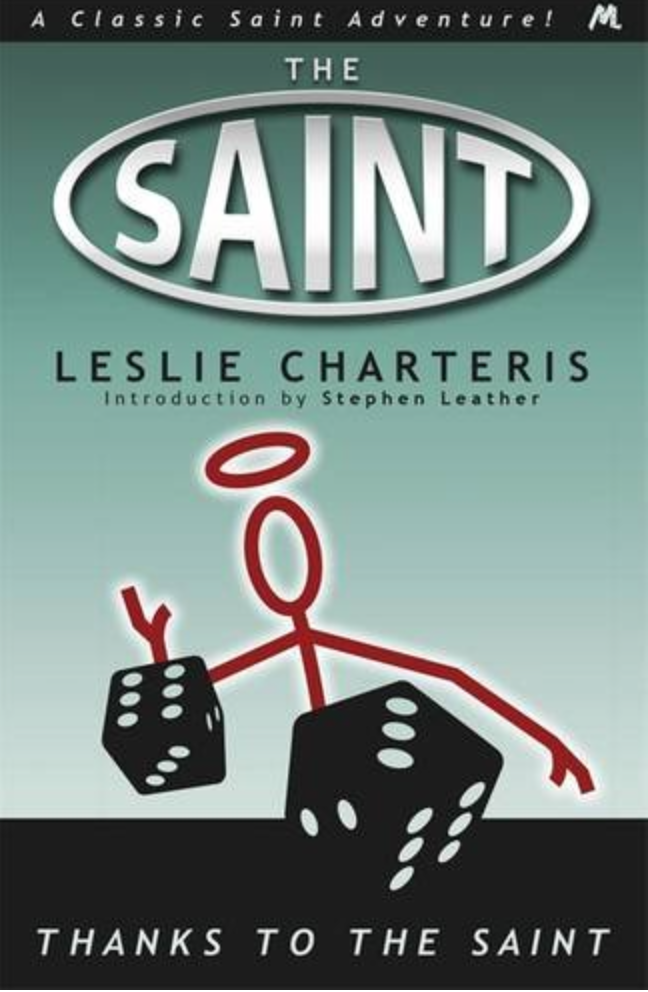 As I explain in the introduction, I've always been a huge fan of the Saint. This is what I wrote:


Looking back at my life so far, I just realized that in many ways I did get to get the Saint’s life. I work when I want to work, and to be honest writing thrillers isn’t a hardship. I can pretty much fly into any major city and call up someone I know and take them to dinner. I’ve fought in karate tournaments and crawled through the tunnels used by the VC outside Saigon.  I drink with cops and villains and spies and movie stars. I’ve been threatened by the police in five countries and been slammed against a nightclub wall by a major drugs dealer who thought I was asking him too many questions. I can sail a boat and fly a plane (and have jumped out of a few.) I can scuba dive and I’ve fired guns and thrown the odd hand grenade. I’ve sailed halfway around the world on a cargo ship for no other reason than I wanted to. I’ve climbed into cars with strangers and driven off to bars that I’ve never heard off. I’ve been threatened by gangsters and I’ve had a gun pointed at me and a broken glass thrust at my throat. In many ways I’ve had the life I’ve had because of Leslie Charteris and the books that he wrote. Admittedly I’ve never sat alone in a casino and been approached by a beautiful woman who needed my help but hey, there’s still time.
Posted by Stephen Leather at 2:28 AM

Ah, The Saint. Like you I discovered him young and churned through the books via second hand book shops. I think I discovered Bond and Modesty Blaise next.
The last time I re-read a Saint book I was actually surprised by how much it had aged, but I find that with Bond books too, so I might slightly disagree with you there. But then they are probably classics and need to be read with that perspective. But until I read your post, I had never realised that The Saint was such a blank canvas and there was a total lack of back-story. Had missed that - I kind of assumed it was covered in a book I hadn't read yet. Hmm.
But I am a bit jealous that you seem to have evolved into The Saint.

I shared many of your early experiences with the Saint. I remember going to a school with a photo of Roger Moore glued to the front of my notebook and nobody thought it was unusual!

Still like the TV show and the novels, though it took me a long time to put together a set of them. Good to see them being reprinted.

Hey this is common ground - I too have always had a secret yearning to be like the Saint. Look forward to thsi reissue. Been collecting them all.

What a wonderful introduction to Thanks to The Saint. As for your question on his back story, he does sort of appear out of nowhere except we know that he started being The Saint at age 19, deserted the Spanish Foreign Legion, traveled to America and then returned with all manner of money only to lose it at the race track. Charteris references that teenage trip to America is one of his later short stories, but the Saint, despite almost being recognized after all the years, pretends that he isn't that person. Not sure why. It is always a joy to share The Saint, and, like me, I bet it's a big thrill to see your name on the same book cover as Charteris' :-)

I was a Saint fan too, but when I tried a Saint novel later in life, I found it dated (very dated) and almost tongue in cheek action. But I still have a soft spot for the character, although never Roger Moore. I'll probably rty the short stories again, just for a bit of fun.