Just had an awesome review for TAKEDOWN in The Sun!  TAKEDOWN is  a standalone thriller starring two characters from my Spider Shepherd series - Charlotte Button and Lex Harper.

Well, I say standalone, I have just started writing a second Lex Harper novel - PAYBACK - a fast-paced revenge story that I'm having a lot of fun with. I don't know if my publisher Hodder and Stoughton want a second Lex Harper book but if not I'll happily self publish it. We'll see! 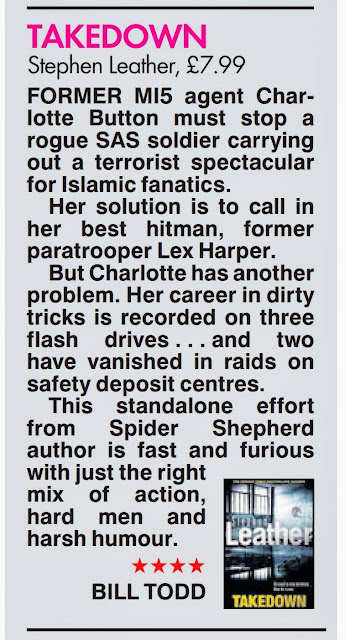 You can buy TAKEDOWN HERE

The latest Spider Shepherd book, LIGHT TOUCH, has just been published and already has seven cracking reviews on Amazon! 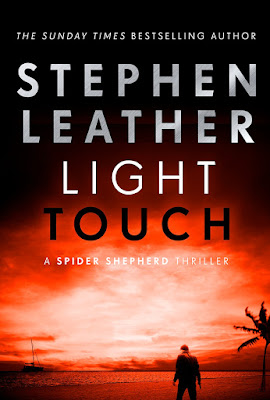 YOU CAN SEE LIGHT TOUCH BY CLICKING HERE

Amazon have just slashed the price of the LIGHT TOUCH hardback to £7, which is cheap!
Posted by Stephen Leather at 1:01 AM No comments: